Ecstasy use down during the pandemic, but as bars and clubs re-open, will Ecstasy abuse rebound to pre-pandemic levels? 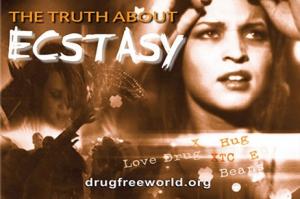 A free booklet on Ecstasy, what it is and what it does to a person, is available to download from www.drugfreeworld.org 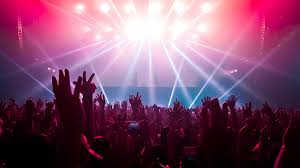 Ecstasy is often used at raves or dance music venues 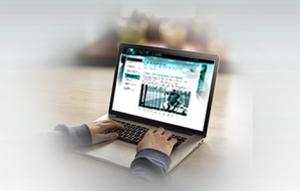 Free online courses about the harmful effects of various drugs, including Ecstasy, are offered online. Just log on to learn, and get free materials to download.

What will happen now that bars and clubs are opening back up? How can broad drug education help people avoid dangers from drugs?

The myths that surround the drug Ecstasy are many, beginning with the lie that it is legal. It actually is a very harmful mix that can include everything from LSD to rat poison.”

— Thalia Ghiglia, faith liaison for the Foundation for a Drug-Free World DC

WASHINGTON, DISTRICT OF COLUMBIA, USA, June 16, 2021 /EINPresswire.com/ — During the pandemic the majority of bars and clubs in the United States were shut down.

One piece of good news from 2020 was a survey showing that 29% of Ecstasy users reported less abuse of the drug during the pandemic, due to the bars and clubs being closed. With these now opening up, are we going to see abuse rates go back up?

While bars and clubs are popular venues for drug use, the majority of Ecstasy abusers use it during parties or raves. For some the party has not stopped because of the pandemic. According to the National Institute of Health, “Drug use during virtual raves and happy hours appears to be somewhat prevalent among drug-using EDM [Electronic Dance Music] partygoers.”

In fact, young people are a large market for Ecstasy. A National Institute of Drug Abuse survey showed 3.6% of twelfth graders report using MDMA in their lifetime. (MDMA is the original drug created in 1912 by Merck Pharmaceutical in Germany.)

What is the drug called “Ecstasy” really? Why should people be concerned about it?

Ecstasy is an illegal drug that most often is a chemical cocktail which creates effects that are often devastating and unpredictable. According to the free booklet, The Truth About Ecstasy, “Since the late 1980s, Ecstasy has become an embracive ‘marketing’ term for drug dealers selling ‘Ecstasy-type’ drugs that may, in fact, contain very little or no MDMA at all. And while MDMA itself can produce harmful effects, what is called Ecstasy today can contain a wide mixture of substances —from LSD, cocaine, heroin, amphetamine and methamphetamine, to rat poison, caffeine, and dog deworming substances. Despite the cute logos dealers put on the pills, this is what makes Ecstasy particularly dangerous; a user never really knows what he is taking. The dangers are increased when users increase the dose seeking a previous high, not knowing they may be taking an entirely different combination of drugs.”

As Thalia Ghiglia, faith liaison for the Foundation for a Drug-Free World in Washington, DC, observed, “The myths that surround the drug Ecstasy are many, beginning with the lie that it is legal. It most definitely is not legal. It also is not a ‘love pill.’ It actually is a very harmful mix that can include everything from LSD to rat poison.”

While drug use is apparently down for Ecstasy, the time to educate young people about the dangers of this drug is now. There have been more than 10,000 emergency room visits per year for treatment by youth under the age of 21 after using MDMA, often mixed with alcohol or other drugs. Some of users have died after taking MDMA.

A free booklet and online course are available from www.DrugFreeWorld.org that educates people on the many dangers of Ecstasy. The Truth About Ecstasy is one in a series of free booklets that explains how these drugs are some of the most destructive ones manufactured.

The Truth About Drugs Education Package, designed for teaching and learning environments, contains practical tools to educate young people about substance abuse. Educators can request or download The Truth About Ecstasy materials for use in drug education. The materials have been targeted to speak to young people in a uniquely effective way with real interviews from recovering users telling their firsthand experiences with dependence and adverse effects.

During the pandemic, the Foundation for a Drug-Free World in Washington, DC, has increased its reach out into the community with drug education lectures and broad distribution of its free booklets through partnerships with local organizations. They have participated in online events to warn others about the dangers of drug usage while providing them information to make better choices and to help friends and family members who are using drugs.

Foundation for a Drug-Free World materials are in use by tens of thousands of schools and over 800 law enforcement agencies around the globe.


EIN Presswire’s priority is source transparency. We do not allow opaque clients, and our editors try to be careful about weeding out false and misleading content.
As a user, if you see something we have missed, please do bring it to our attention. Your help is welcome. EIN Presswire, Everyone’s Internet News Presswire™,
tries to define some of the boundaries that are reasonable in today’s world. Please see our
Editorial Guidelines
for more information.

The Best of Aggro and Combo • MTG Arena Zone