‘Bachchan Pandey’, ‘Heropanti 2’, ‘Tadap’ slated to release on these dates 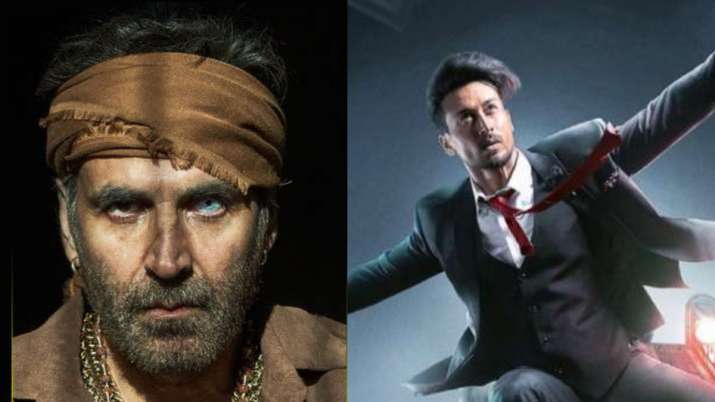 ‘Bachchan Pandey’, ‘Heropanti 2’, ‘Tadap’ slated to release on these dates

The release dates for ‘Bachchan Pandey’, ‘Heropanti 2’ and ‘Tadap’ have finally been announced as the Maharashtra government recently allowed the reopening of movie theatres in the state. According to a statement from the movie’s producer Sajid Nadiadwala, the Akshay Kumar–Kriti Sanon starter ‘Bachchan Pandey’ is slated to release in theatres on March 4, 2022, while Tiger Shroff-Tara Sutaria’s ‘Heropanti 2’ will come out on May 6, 2022.

‘Tadap’, the debut movie of Suniel Shetty’s son Ahaan Shetty, in which he will feature opposite Tara Sutaria is set to hit the silver screens on December 3, 2021. Apart from these films, Sajid also has the Salman Khan starrer ‘Kabhi Eid Kabhi’ Diwali under his kitty. The producer is also bankrolling a yet-untitled love story starring Kartik Aaryan, which was earlier named ‘Satyanarayan Ki Katha’.

The theatres in Maharashtra had to be closed earlier owing to the alarming number of cases during the second COVID-19 induced lockdown. On Saturday, Chief Minister Uddhav Thackeray had made the announcement that all theatres and cinema halls will be allowed to reopen from October 22. New standard operating procedures (SOPs) for the same will be announced soon.

Apart from Aditya Chopra, Sajid was the only producer who held onto his slate of releases for the big screen by not releasing them on OTT.

Stating his excitement regarding this new update, Sajid said, “At Nadiadwala Grandson Entertainment, we welcome honourable Chief Minister Uddhav Thackeray’s historic decision which will once again enable producers to release their films and offer big-screen entertainment to the audience.”

Expressing his happiness, he added, “I am really happy for the cinema hall and multiplex owners since this decision will boost their revival. With big festivals around the corner, there couldn’t be a better time to start than Diwali. We look forward to see you at the movies!”