A new novel by prize-winning author Nino Kharatishvili has been selected for the Books at Berlinale platform of the leading German film festival, with cinema professionals set to meet with promoters of the book for a potential film adaptation of the work.

In the online pitching event between February 14-15, set to run as part of the Berlinale Co-Production Market, Lack of Light will be one of 10 works by authors from across the world, picked for their prospects for going on the big screen.

A preview for the event from Berlinale said the chosen books reflected “the diversity of the international literary scene and provide striking potential for adaptation into film and serial formats.”

To be presented by Germany’s Graf & Graf Literature and Media Agency, the novel will bring Kharatishvili’s trademark style of storylines spanning across generations and in the context of major historical developments and times of social turmoil.

Her new book follows four protagonists on the backdrop of the late 1980s and early 1990s Tbilisi, ravaged by civil conflict and social and economic hardship following Georgia’s newly gained independence from the Soviet Union.

The first great love, which is only allowed to bloom in secret, the erupting violence in the streets, the power outages, the heroin washed into the country and the division of a young democracy in the civil war – their friendship defie[s] everything

With differing characters but unbreakable bond of friendship, they navigate the “damp walls and enchanted wooden balconies of Tbilisi’s old town” before an “unforgivable betrayal” and death splits their bonds until a reunion in a social setting in 2019. 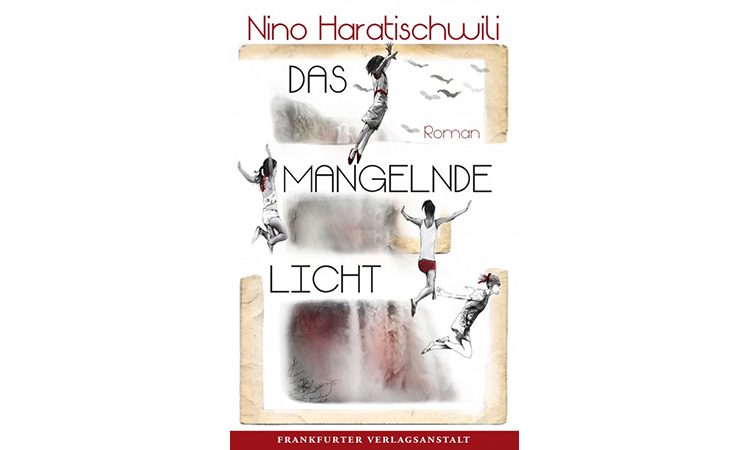 In her review of the work, Maria-Christina Piwowarski of Berlin’s Ocelot bookstore has praised Kharatishvili as a “great storyteller with a special gift for bringing complex historical epochs to life for us”, and described her impressions of the novel by noting “[e]xcited and moved, we follow Dina, Ira, Nene and Keto and only want one thing: that the story never ends.”

Beside being published in Germany this year, Kharatishvili’s work has already been adapted to stage, with Hamburg’s Thalia Theater set to host a bill of a contemporary performance of Lack of Light by Jette Steckel, winner of the 2007 Theatre Today Young Director of the Year Award and the 2011 Rolf Mares Prize.

Among its staging team, the production – from the director who previously adapted Kharatishvili’s celebrated novels The Eighth Life (for Brilka) and The Cat and the General – involves video by Georgian filmmaker Zaza Rusadze, and is set for a run in Hamburg between February 26-March 1.

Kharatishvili has received major literary awards for her works, including the Bertolt Brecht Prize for Literature and the Anna Seghers Prize, in addition to a German Book Prize nomination in 2018.