Earlier in the year, coach Scott Forrest was excited to find out what identity would reveal itself for this group. Because there is the giddiness of the unknown about them, despite so many recognisable figures. Perhaps they want to be the rebels – showing the powers that be in the UK that they are worth their weight in precious medals, after such a rough year and national programmes being threatened with extinction. But with Abbie Brown, Meg Jones and Abi Burton as their leading lights, they should be capable of shining. Jasmine Joyce also has some wheels. Not having enough reps together if they go deep is the danger.

Benefitting from South African Sports Confederation and Olympic Committee opting not to send their team to the Olympic Games, Kenya have made their way in as the African qualifier after finishing runner-up to their regional rivals. Despite losing that final, they conceded no tries on the way there and will hope that miserly streak can hold out for as long as possible against far stronger sides. They did lose all of their matches in the 2016 Games.  Philadelphia Olando is their driver, while playmaker Grace Adhiambo is the future.

The favourites, and for good reason. They have a standout generation, with Michaela Blyde, Tyla Nathan-Wong, Sarah Hirini, and Stacey Fluhler. Oh yeah, and Portia Woodman is back to terrify the try-line. Since the New Zealanders seethed over not winning gold in Rio back in 2016, they have gone on a hell of a run, eclipsing rivals as they go. World Cups and Commonwealth Games have been secured. If tournaments are won on paper, it should be lights out. But then, this is a one-off tournament…

A proper series outfit, playing under the Russian Olympic Committee banner, they came through in the final qualifier. Baizat Khamidova typifies their efforts on both sides of the ball and won’t exactly be overawed by the event – in a recent interview with Russian magazine Sport Express, the Dagestan native spoke of  going “out into the street to watch fighter aircraft fly over and drop bombs” in nearby Chechnya, as a child. If it is attacking endeavour you need, Kristina Seredina and Elena Zdrokova can excite. 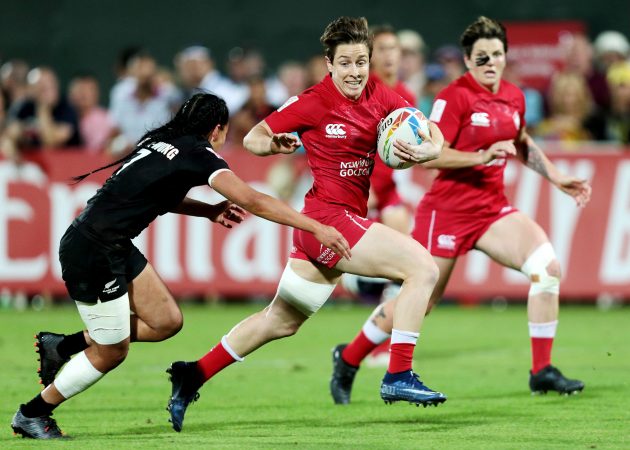 The Yaras very much enjoyed their time as hosts in 2016. The true powerhouse of South American sevens, they cannot boast World Series pedigree to frighten the big hitters in this tournament, but they truly believe they can hang with this company. Skipper Raquel Kochhann is the glue, Izzy Cerullo the defensive leader, and Thalia Costa brings the try-scoring.

Politics has marred their preparation for this tournament, with a very public revolt against their former coach. However, there is true quality rippling through this side. Ghislaine Landry is an icon – the all-time scorer on the series and a symbol of what you can achieve despite being told the game isn’t for you. Bianca Farella is the engine, getting tries and racking up tackles, Kayla Moleschi and Karen Paquin are the foundations, and then Charity Williams… well she can rock the lot when she picks up speed. Should be well in the hunt for another medal, after their bronze in 2016.

Related: Amy Perrett on refereeing in the Olympics

As one-two punches go, Tokasa Senisaya and Ana Maria Naimasi are pretty effective – you have the buzzy kid, and then the walloping older star. In years gone by organisation and conditioning have held Fijiana back, but recent leaps in high performance on the islands will hopefully pay some dividends. Slugging it out against the more streamlined sides will likely catch up with them.

At the 2016 Games, France scored the first-ever try in Olympic sevens, through Camille Grassineau. They racked up many more tries in coming through qualifying this time. Led by Fanny Horta, look out for Séraphine Okemba. You might assume they will struggle after having to qualify but they are quite a deceptive side, have much more experience that five years ago and may travel better than you’d assume. 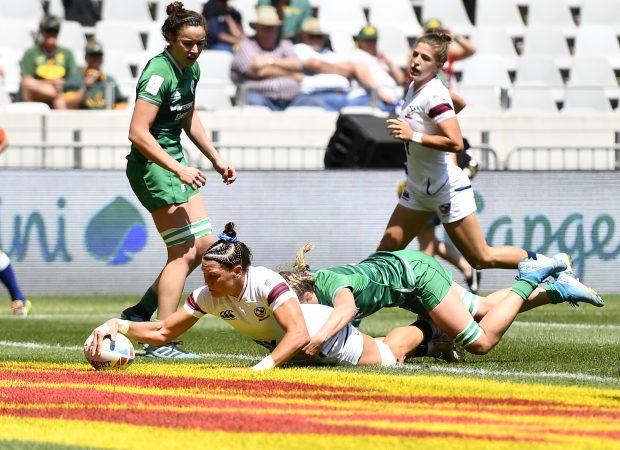 Can giants slay one another? The Wallaroos must be the team New Zealand fear most, when they click. Able to play with continuity and verve, they have breakout speed and a slickness to their skills few other teams on the circuit can rarely touch. They have not been runner-up in Series legs as regularly as Canada have in recent memory, but they have the pedigree.

Coach John Manenti shocked rugby fans in Australia when he decided to leave out the lethal Ellia Green. But they still have Emma Tonegato at the height of her powers on both sides of the ball. They have the wily Sharni Williams. And they have Charlotte Caslick, who’s ball-skills have lit up league as well as unionin this Covid-crazy time. They want the double but most are looking forward to their pool clash with the United States first…

So much is unknown about the outfit, after a long stretch preparing for this tournament behind closed doors. In their time on the circuit in a Covid-hit year (they played one tournament) they went okay, with Chen Keyi their metronome on the field. But in their preparations in the wake of the pandemic, while others have accelerated their programmes and ventured out to meet some rivals across borders, they have kept so much of their warm-up matches local. The hope will be that no matter what in this event, they help inspire a generation of potential rugby stars in the region with their efforts. Players like Yan Meiling and Yang Feifei have been around the block a few times, too.

Don’t sleep on the significance of this team performing. In June, JRFU chairman Kensuke Iwabuchi said: “We’ve had the Japan Women’s Sevens competition for the last seven years. Before this, the female playing population in Japan was around 2,000 but now it is up to 5,000, which is over double in six or seven years’ time.” A lot of pressure then, to heap on the shoulders of co-captains Mayu Shimizu and Bativakalolo Raichelmiyo and long-termer Mifuyu Koide. Remember, they lost to Canada, Brazil and Team GB in 2016.

Athleticism is the separator when the USA get going. Alev Kelter, an Alaskan hockey convert, who knows her way around a soccer field, has blown up for the US, with power running, dedication and a nifty pair of kicking boots too. Kristi Kirsch has emerged as a force, Naya Tapper has breakout speed, Ilona Maher is a trained nurse but a cruel runner in close contact situations and Abby Gustaitis loves going after the ball in the air.

They fully believe they can make history here – perhaps the key to all of this will be whether they can get rolling in their last pool match against the Aussies on Friday 30th and build some fearsome form.

Download the digital edition of Rugby World straight to your tablet or subscribe to the print edition to get the magazine delivered to your door.