The Supreme Court allowed the state’s ban on abortions after six weeks to go into effect earlier this month. The law contains no exception for rape or incest, and private citizens are empowered to sue those who assist someone in getting the procedure.

The “Pulp Fiction” star wrote in The Washington Post Tuesday that she felt compelled to share her own story about having an abortion “in the hope of drawing the flames of controversy away from the vulnerable women on whom this law will have an immediate effect. … I feel it my responsibility to stand up in their shoes.”

Thurman said she was accidentally impregnated by a much older man while she was in her late teens. She discussed options with her family and eventually was given an abortion by a compassionate German doctor.

“There is so much pain in this story,” she wrote. “It has been my darkest secret until now. I am 51 years old, and I am sharing it with you from the home where I have raised my three children, who are my pride and joy. My life has been extraordinary, at times filled with heartbreak, challenge, loss and fear — just like so many women’s lives — but also marked, like theirs, by courage and compassion. I conceived my beautiful, magical children with men whom I loved and trusted enough to dare to bring a child into this world. I have no regrets for the path I have traveled. I applaud and support women who make a different choice. The abortion I had as a teenager was the hardest decision of my life, one that caused me anguish then and that saddens me even now, but it was the path to the life full of joy and love that I have experienced. Choosing not to keep that early pregnancy allowed me to grow up and become the mother I wanted and needed to be.” 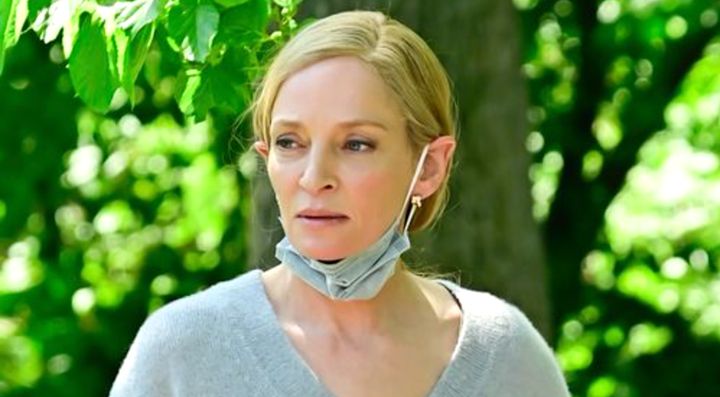 Uma Thurman: “I have no regrets for the path I have traveled.”