The first night of Hanukkah was filled with the smell of latkes, light from the menorah, and Dave Grohl?

Listen to your favorite Rock music now on RADIO.COM.

The Foo Fighters frontman promised to deliver a Hanukkah present to all those celebrating around the world and deliver eight covers from Jewish artists. Called the Hanukkah Sessions, Grohl is teaming up with the band’s producer Greg Kurstin to treat fans to a new cover song each night. 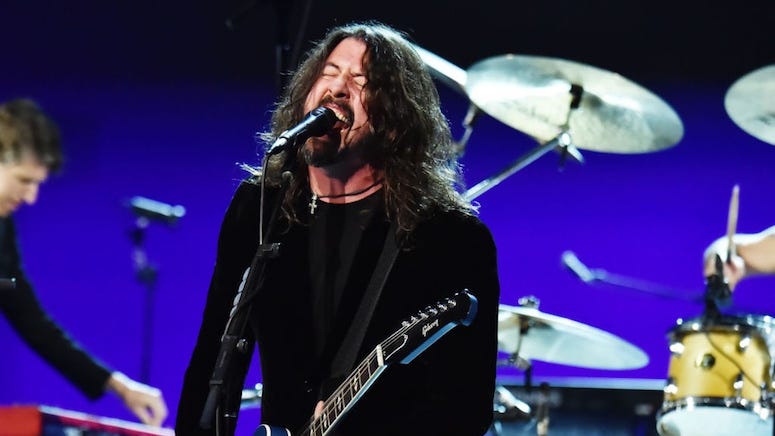 Grohl and Kurstin started off the series with a cover from “the only Rock and Roll Hall of Famers with a lyric about kugel.” Those Hall of Famers are the Beastie Boys as the duo wrote in the description of their video “it would be a shanda to not kick off this party with New York’s (and Abraham’s) finest.” Now Grohl & Kurstin gave their surprising take on one of the 2010s biggest hits with a cover of Drake’s “Hotline Bling”:

You might be surprised to learn that this superstar is… Canadian. He’s never hidden the fact that he was M.O.T. so a generation of Jewish parents could tell their kids “if @Drake took the time to study for HIS Bar Mitzvah, you can too.” Twitterverse, challah at your boy! pic.twitter.com/eyMyuNs5WP

Look for new covers every night through December 18th.